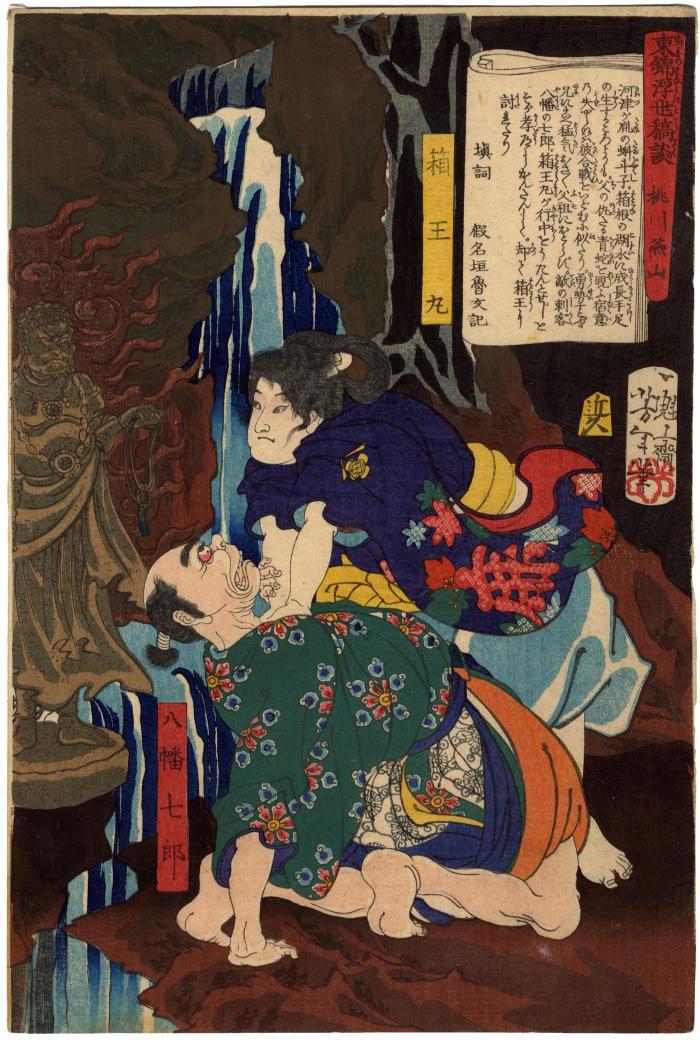 "Rough tales of the floating world told on eastern brocades (Azuma nishiki ukiyo kōdan) is a complex series in its content and in the interpretation of the meaning of the series title. In the past, little effort has been made to further our understanding of the term kōdan (稿談) in the title which, when written with different homophonic characters, refers to the tradition of story telling (講談). 'Story telling' is a central element in the set, since the series title in each print is followed by the name of a well-known raconteur (kōdan-shi) from the late Edo and early Meiji periods. The character used for kō in the title kōdan connotes 'rough', 'sketchy' or 'unpolished', as in a 'rough manuscript' or 'rough version'."

Quoted from: Yoshitoshi: Masterpieces from the Ed Freis Collection, page 89.

"This set was issued from 9/1867-2/1868. Forty-five designs from this series are presently known... The set is unusual for its collaboration between seven different publishers. It is quite rare and was never re-published." (Ibid.) [The choice of bold type is ours.]

The text is by Kanagaki Robun (仮名垣魯文: 1829-94). This author's words are also found on prints by two other artists in the Lyon Collection: Yoshiiku and Kunisada.