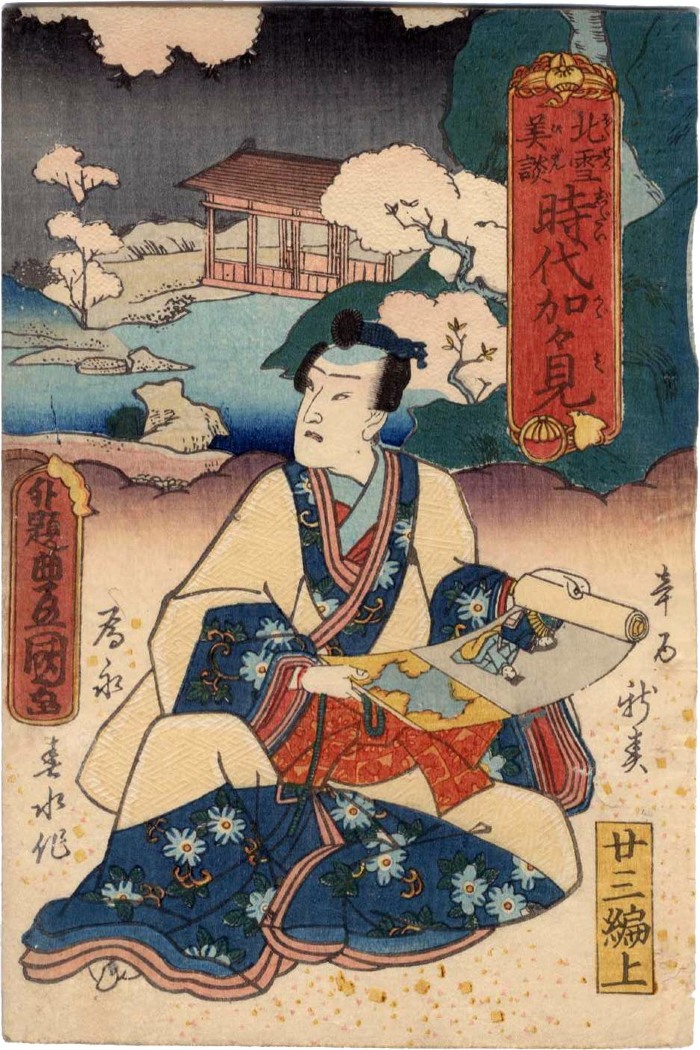 A man sits outdoors in spring time looking at an illustrated scroll.

There is a bit of somewhat contradictory information about the authorship of these volumes on page 222 in James King's Japanese Woodblock Prints: Artists, Publishers and Masterworks 1680-1900: "Wakasaya was also engaged in publishing illustrated books. In 1855, he started to produce the first volumes of the serial novel. “Northern Snows, a Gorgeous Tale and Mirror of Our Times” (Hokusetsu bidan jidai kagami), his most successful publication. Written by Tamenaga Shunshō (1822–1886), it was first illustrated by Kunisada, then by then by Kunisada II and Ginkō, the last volume appeared in 1882."