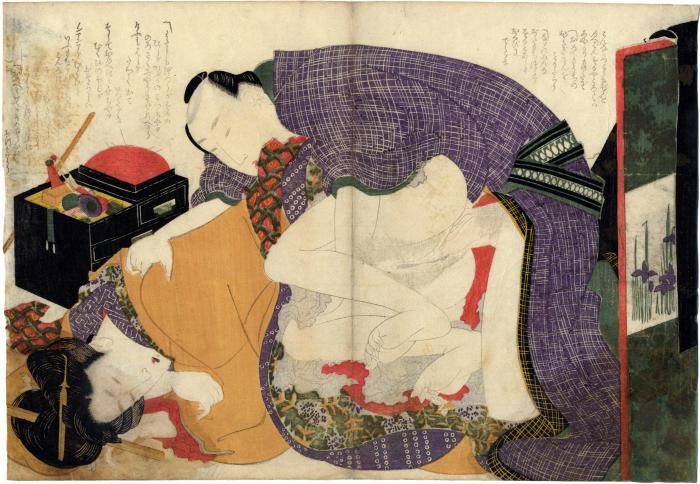 
This album is signed Shishiki Gankō (紫色雁高). Hokusai created works under more than 50 gō and this was one of the more rarely used ones.

Sotheby's refers to this volume as "This set is one of Hokusai's masterpieces."

The British Museum translates the title as a 'Picture-book Models of Couples'.

Auguste Rodin owned a copy of this ehon and it is on deposit in the Rodin Museum in Paris. It is an album of 12 compositions.