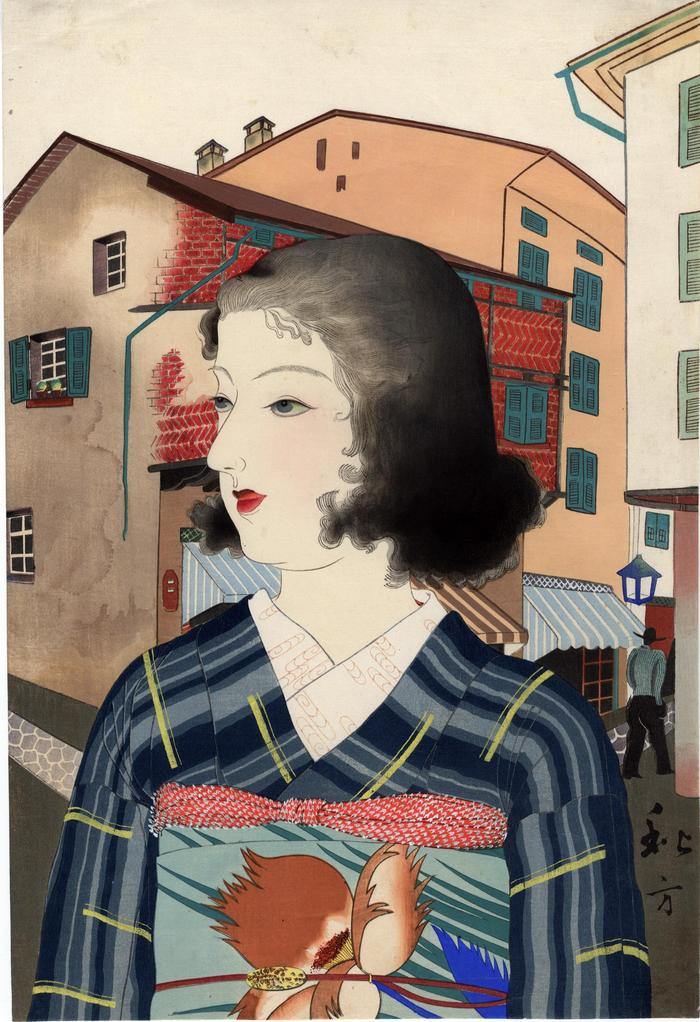 
This very young and attractive Japanese woman visiting a Western urban site is absolutely delightful. It highlights one of the major dichotomies of modern Japanese art. She is dressed in an updated version of the more traditional kimono, but has a strikingly modern western-style hairdo. Even her placement in space, in the foreground of the print, shows several multi-storied buildings in the background. Is she in France, even Paris despite the description generally accepted that she is in a Western port city? Or is she somewhere else? The buildings certainly look French, but the fellow with his back to us seen in the background near her left shoulder definitely looks like he is wearing a cowboy hat and might even be a wee bit bowlegged. Or is that just my imagination?

Another striking and somewhat interesting element is the decoration of her very broad obi. Is that a large fruit of a chestnut or kuri (栗) which has popped open? If it is it makes sense since the history of the chestnut in Japanese arts was long standing. It was even mentioned in the Man'yōshū in the 8th century.

This print is trimmed on all sides and somewhat into the image on the left side. It lacks the artist's seal found in other printings. Also, the publisher's information is missing from the left margin.