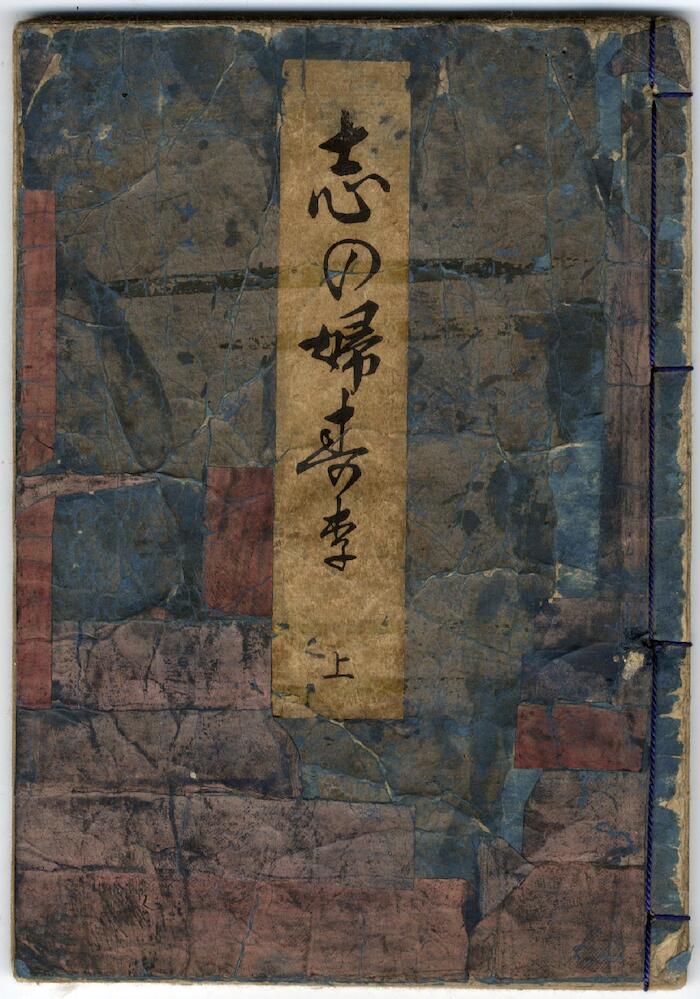 Shinobu-zuri, as used in the second example, is an ancient technique of printing fabrics made in Michinoku by impressing leaves into the untreated cloth. It is also referred to as Shinobu mojizuri (しのぶもぢずり) or fern-printed cloth or mottling. I can't imagine that the pressing of a delicate fern or leaf into an untreated fabric in the process of making something incredibly beautiful and delicate was not the analogy used by Hokusai to create these images. The words 'pressing into' are key here. Japanese has a long history of using evocative terms which are meant to suggest such allusions. Surely the same process is working here.

The poet Basho recorded in his travel diary: “On the following morning I made my way to the village of Shinobu to look at the stone upon whose chequered face they used to dye a certain type of cloth called shinobu-zuri. I found the stone in the middle of a small village, half buried in the ground. According to the child who acted as a self-appointed guide, this stone was once on the top of a mountain, but the travellers who came to see it did so much harm to the crops that the farmers thought it a nuisance and thrust it down into the valley, where it rests now with its chequered face downward. I thought the story was not altogether unbelievable.”
erotic prints (shunga - 春画) (genre)
picture book (ehon - 絵本) (genre)