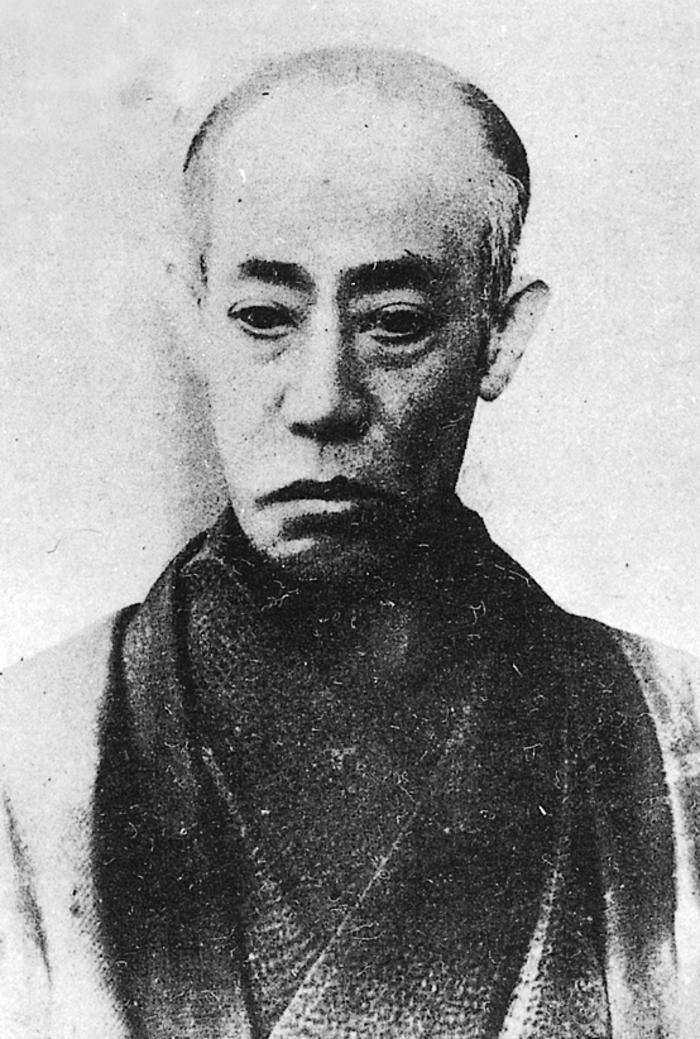 
If the dating of this print is correct then Danjūrō would have about about 72-73 years old at the time.

Samuel L. Leiter in "Edo Kabuki: The Actor's World" in Impressions in 2010 on pages 124-125: "Danjūrō VIII and IX were both sons of Danjūrō VII. Danjūrō VIII [1823-1854] died young, and his brother eventually became Danjūrō IX.) Danjūrō s four older brothers were in line for the name of Danjūrō, so there was little chance of his being promoted. Nevertheless, his adoptive parents provided him with one of the harshest training regimens ever experienced by a kabuki actor, so harsh, in fact, that Danjūrō VII felt obliged to intervene on his sons behalf, although the child did not know at the time that this was his actual father. Gonnosuke and his wife forced the youth to study from morning to night, berating him constantly. Once, when he was fifteen, the boy had an excruciating headache and asked Gonnosuke if his understudy could replace him. Gonnosuke was furious: "You son of a bitch! Aren't you an actor? An actor goes onstage like a samurai goes to battle. Get onstage and die there!" Suddenly, the boy's headache weakened and he made his entrance. In time, the deaths of those older brothers who might have become Danjūrō IX pushed him into the limelight, and he returned to his natal family to receive the great name. Gonnosuke's training proved perfect preparation for his elevated status."
Ichikawa Danjūrō IX (九代目市川團十郞: July 1874 to 1903) (actor)
actor prints (yakusha-e - 役者絵) (genre)