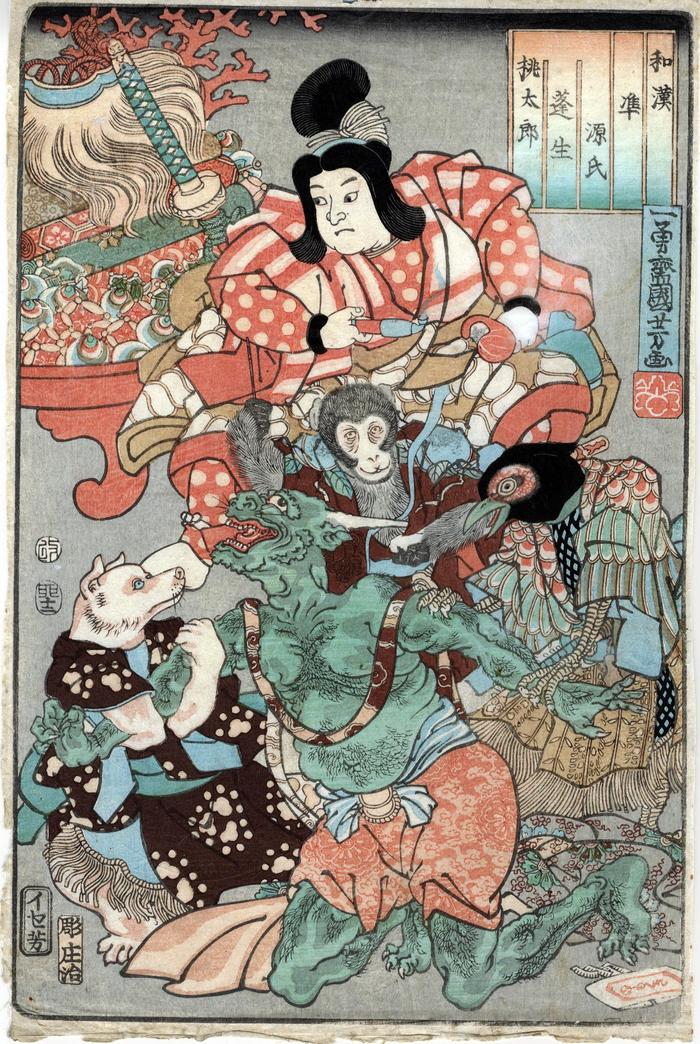 "The boy is called Momotarō (momo means peach, so his name could be roughly translated as “peach boy”). When he grows up, he decides to defeat the demons living in Onigashima (Demon Island) and, on his journey to the island, he brings along his mother’s millet dumplings (kibi dango). Along the way, he meets a monkey, a dog and a pheasant who he gives the dumplings to in return for helping him. Finally, he defeats the demons and returns to his village, celebrated as a hero. His story has long been told to Japanese children as an example of male bravery, courage and strength." <

>Quoted from: "From Grammar Mistakes to Creative Errors: Using Gianni Rodari’s The Grammar of Fantasy to Teach Creative Writing to Japanese Learners of Italian as a Foreign Language" by Luciana Cardi.

The Tale of Genji (Genji monogatari) is the greatest novel in classical Japanese literature, and arguably, the world’s first novel. It was written in the first decade of the eleventh century by a 'Lady Murasaki', and relates the womanizing exploits of Prince Genji. Each of the fifty-four chapters of the novel is named and is associated with a crest called a Genji-mon. In this series, Kuniyoshi paired scenes from history, fiction, and legend with related chapters from the novel.