Nakayama Yoshio I was a talented and popular Ōsaka onnagata actor, who achieved fame for himself in Kamigata during the 1810s. He was able to perform any kind of female role, in sewamono or jidaimono. His field of excellence was said to be nuregoto. His stage partners were the stars of the Bunka era (Nakamura Utaemon III, Arashi Sangorō III or Kataoka Nizaemon VII to name a few). It is also interesteing to note that he never tried to tour in Edo and that his final rank (hakushi-jō-jō-kichi) was the same as his master's and both actors received it the year of their death. 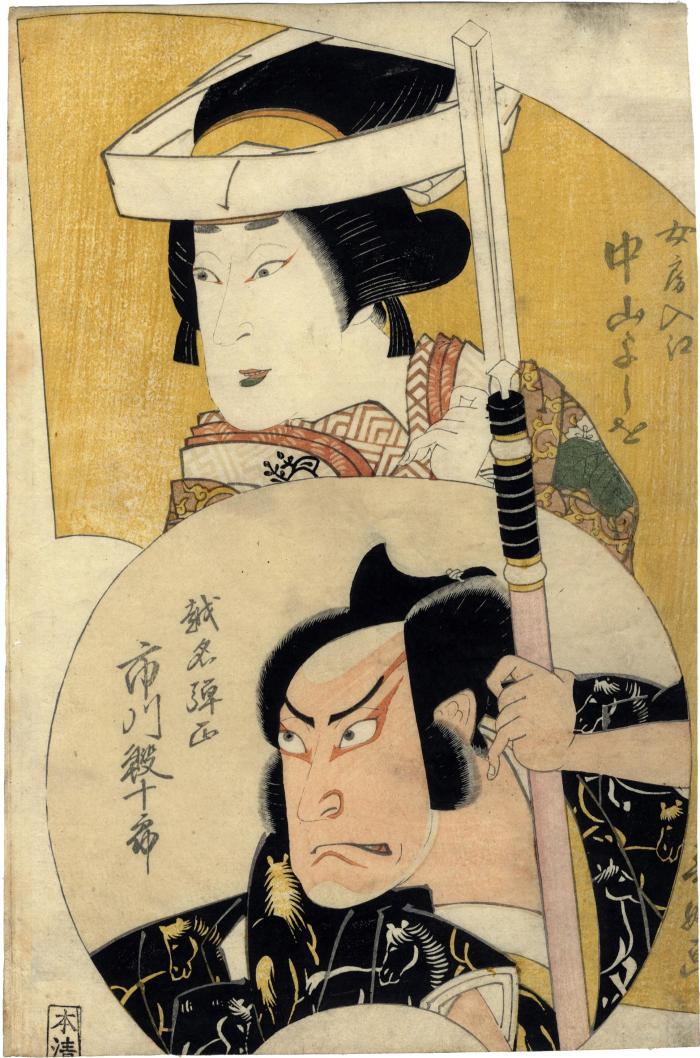